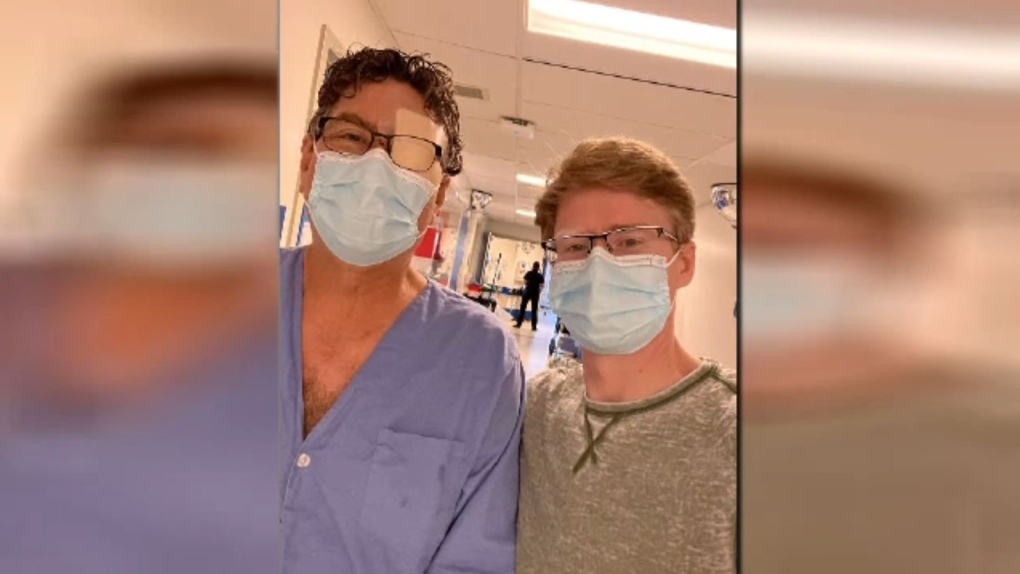 American hospitalized after losing eye in BC hiking accident

A Texas man is hospitalized after losing an eye in a hiking injury on the West Coast Trail on Vancouver Island, British Columbia.

Edward Steinkamp was hiking the trail with his son on May 3 when he fell and had a branch pierced through his eye and partially through his brain.

Steinkamp was airlifted to hospital with what Parks Canada called “serious injuries” at the time, although the organization noted the man was in “stable condition.”

A rescue helicopter is pictured on the West Coast Trail. (MARPAC)

On Friday, a family member said Steinkamp had lost his eye from the injury and the branch had penetrated his frontal lobe.

“The surgeon said, ‘You’re lucky to be alive, you have this branch in your brain,'” said the hiker’s brother, Peter Steinkamp.

He is due to undergo further surgery due to an infection on Friday.

“It looks like he lost an eye because when he fell on the branch he severed an optic nerve,” the man’s brother said.

“They took it out, but now they’re looking at some infections,” he said.

A fundraising online was set up to support the hiker’s family. Steinkamp’s older brother says there have been insurance issues since the American man has been in Canada, and adds that Steinkamp’s son and wife are trying to stay on Vancouver Island while he receives care.

“They have to stay maybe a month,” the man’s brother said.

Peter Steinkamp says the injury was a freak accident, noting his brother runs marathons and participates in other outdoor activities across the United States.

“So it wasn’t much for him,” the brother said.

“His son was shaken as you can imagine.”

Family members say they are grateful to the rescue teams who evacuated Steinkamp from the remote trail and to the medical teams caring for him now.

Steinkamp’s brother says the family is keeping him in their thoughts, especially as he undergoes another surgery.

“[We’re] not off the hook when they say, ‘We have to fight this infection in the brain.’ It’s not very easy,” he said.