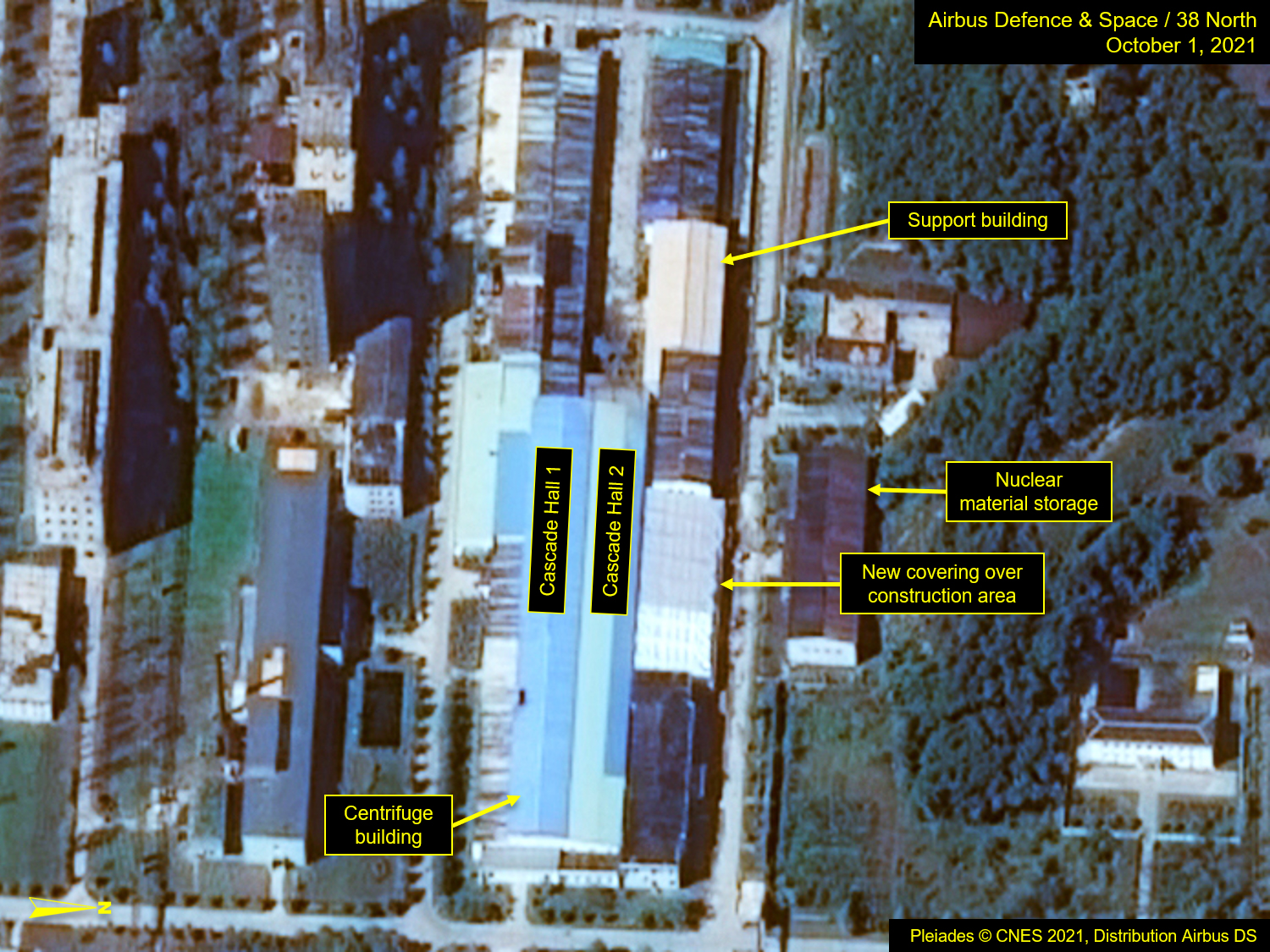 Recent commercial satellite images indicate continued construction activity at North Korea’s Uranium Enrichment Plant (UEP) at the Yongbyon Nuclear Science Research Center. Images from October 1 indicate that previously Construction reported in an area just north of the factory’s Cascade Hall # 2 has recently been covered, hiding details of the building’s layout and construction. Prior to this concealment, the floor space measured approximately 42 meters by 15 meters (including the walls), with six circles approximately three meters in diameter each observed at the eastern end of the building. The purpose of the building is still unknown and may be more difficult to determine via imagery in the future.

Figure 1. New coating on the construction area visible to the UEP.