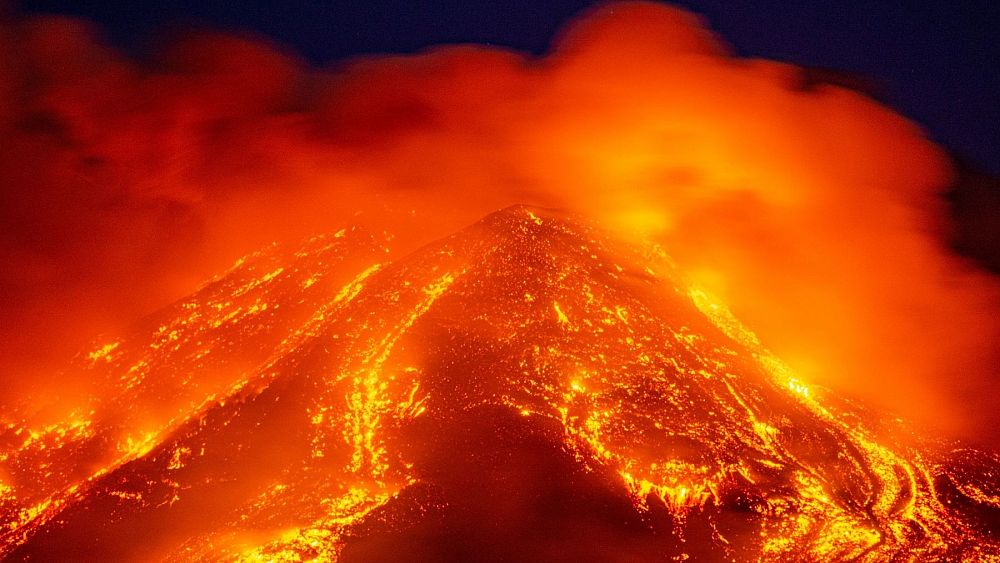 Etna: all you need to know about climbing one of the world’s most active volcanoes

Etna, the volcano on the Italian island of Sicily, has made the news more than ever this year. It erupted yesterday, the 50th eruption this year, sending rocks and lava into the air and providing a spectacular light show for the thousands of locals who live in the many surrounding villages.

All of this can seem like a dangerous setting for a Sunday hike. But I’m here to reassure you that hiking here is very safe as long as you plan ahead. The experience of the energy that emanates from the â€œMother of Sicilyâ€ is not to be missed.

What to pack to climb Etna

Like most tourists, I thought you could only see Etna from a cable car. But it turns out there are hundreds of hiking trails all over the volcano. If you have a half day free, a hike is the best way to get up close to the volcano.

You are not allowed to climb Etna alone above a certain altitude so I joined an 8km group hike with Sicily Trails.

8km may not seem far, especially since we were walking for 4.5 hours. But we climbed 400m and most of it was uphill so it feels a lot longer. Be sure to wear proper hiking shoes and long pants when there are brambles to walk through.

Having heard some of the stories from tourists who have decided to go it alone, I am happy that hiring a guide is mandatory. More information on the benefits of using a guide later.

From Rifugio Citelli to the belvedere

We started and ended our hike at Rifugio Citelli, a meeting point and a hotel at an altitude of 1740m (the highest point is at 3300m). It was to become the benchmark we could look to to gauge how far we’ve come or, when the going gets tough, how far we need to go.

As we walked, most of the path was covered with small black rocks, gravel-like. It was more enjoyable to walk than a difficult path, and the satisfying crunch under my feet became a meditative sound I could focus on when the path got rough.

We had two guides, Asia Pioro and Luigi Cutore. Their passion for Etna shone through every time we took a break from our hike and discovered the place we had reached.

My favorite line of the day was from Luigi. When a member of the group asked if you could climb to the top, he replied, â€œWe are in Sicily, so permission is a concept open to interpretation. “

Born and raised in Catania, the city at the foot of Mount Etna, he is qualified to comment. He went on to say that you can only walk at altitudes determined by local authorities. Check them at the time of your trip as they vary depending on recent volcanic activity.

Next to the volcanic rock we were walking on was a surprising amount of plant life. It turns out that things can reach 2600m. Beyond this point nothing can grow due to atmospheric pressure, altitude and destructive eruptions.

On the way up we saw â€œginestraâ€, a large shrub and many birch trees. But by far my favorite was ‘astragalo’. Its name in Sicilian, which is a separate language from Italian, is “cuscino da soggira”. It means “mother-in-law’s pillow,” so named because it has spikes but you can’t see them. Classic Sicilian spirit.

How many craters does Etna have?

I did not know that Etna did not have only one crater. It has four active summit craters and over 300 side craters. These 300 formed during side eruptions but are now dormant.

Etna made headlines for its frequent eruptions in 2020 and 2021, but activity actually intensified in 2018.

There seems to be a friendly rivalry between vulcanologists and mountain guides. Luigi told us.

â€œVolcanologists think they can predict it, but we guides know it’s unpredictable. She will do whatever she wants. All we can do is respect it. I loved this vision of nature – that we must live in its service, rather than the other way around.

Etna quite frequently reminds airlines of the need for respect. Catania Airport, one of Sicily’s international airports and only 32 km away, often has to close following an eruption due to volcanic ash in the atmosphere.

Is it safe to climb Etna?

As long as you walk with a qualified and experienced guide, you can safely climb Mount Etna. The guides know if the climb is safe, depending on the eruptions and the weather. But last minute cancellations are actually quite rare – hikes often continue even when the volcano is erupting. This is because when the rashes come from the top, you can walk at a safe distance.

If you are a person who likes to know the facts, I will tell you straight away. Etna has killed 77 people in its history. It may sound like a lot, but the last serious incident was in 1979 when 9 people died while hiking to the summit crater. As a result, you should now have a guide with you to climb up to this crater.

Molten lava is the biggest threat, but it hasn’t reached a settlement since 1928, when the town of Mascali was destroyed. Even then, the people of Mascali had a lot of warnings as the lava is moving slowly. So although it destroyed roads and buildings, the residents had already left, so no one was hurt.

Safety is far from the only reason to use a guide, of course. Not only will you learn all about the volcano, but they’ll share trivia, past experiences, and local tidbits you couldn’t find in a guidebook.

What is the best time of year to climb Mount Etna?

To avoid winter conditions, fall or spring are best. Sicilian summers are very hot, but there are still hikes. Just be prepared to start early to beat the heat.

As with any hike you take to enjoy the view, visibility makes a big difference. I was excited at the start of our hike as it was a very clear and clear day. Fortunately, however, it is most days in Sicily. The clouds came down about an hour after we started our hike, but we could still see a lot and enjoy the views. So don’t be discouraged if you have poor visibility when you go as it can clear up in a matter of minutes.

You will not regret a hike on Etna

Sicily may be known for its beaches, historic old towns, and endless food, but there are also plenty of hiking opportunities here and this is one of the most spectacular.

As a way to get under the surface of the Sicilian people and the magnificent natural wonder next to which many live, Mount Etna is perfect.

Next time I would like to climb closer to the top. But for my first volcanic adventure, this adventure was perfect. It was definitely a physical challenge, but at least I burned some of the granite and cannoli.

Hike the trails of St. Ignace for a fall colored hike in the Upper Peninsula – MyNorth.com