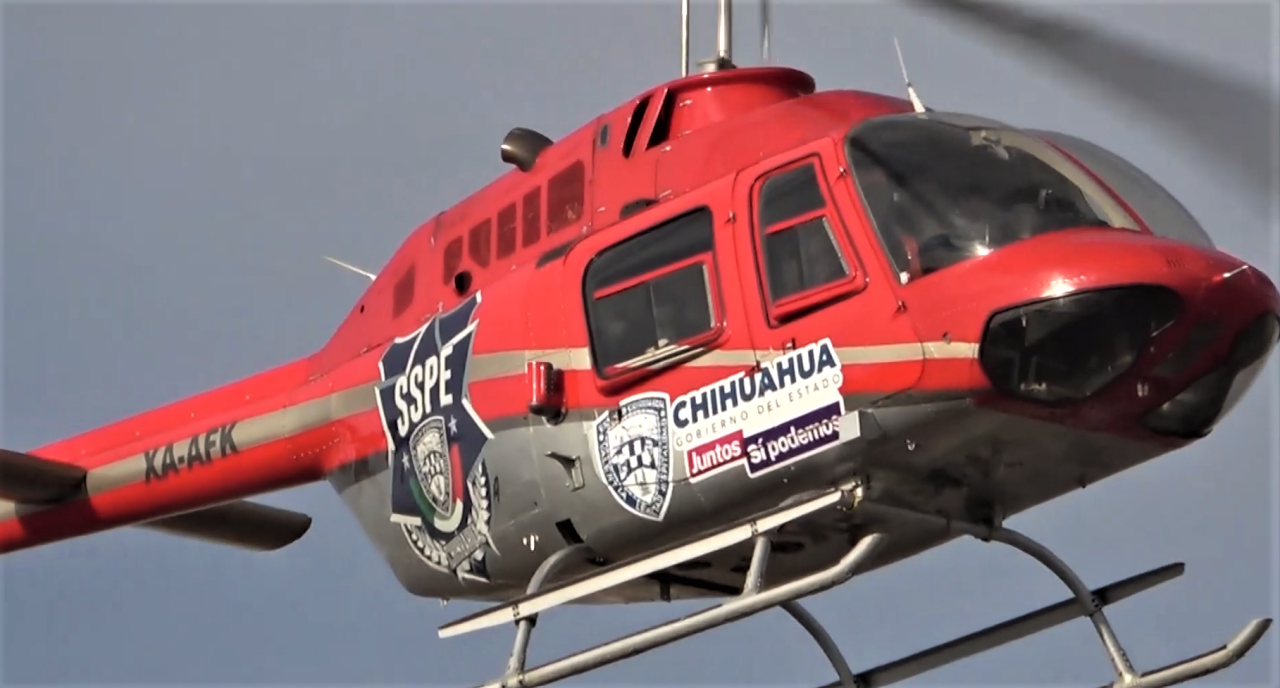 EL PASO, Texas (Border Report) — Juarez police have deployed a helicopter to patrol the city, given an alarming spike in criminal activity in recent days attributed to drug cartels.

“There will be air and ground patrols. All three levels of government will strengthen their presence with more officers and more neighborhood patrols, especially in high crime areas,” Campos said on social media.

The red-colored plane bearing the State Police logo could be seen flying over southern neighborhoods of Juarez on Monday and Tuesday.

This is the first time in five years that the Juarez police have used aerial patrols. The trigger was last week’s string or intentional fires that destroyed five transit buses, four private vehicles, an abandoned police storefront and a convenience store.

But before and after Thursday’s fires, police were called to a growing number of suspected drug-related homicide scenes.

On Sunday, police found the dismembered bodies of two women scattered on the Juarez-Porvenir highway. On Tuesday, another woman was killed and another was left for dead in the streets of the Zaragoza district; the survivor has since died from gunshot wounds and wounds consistent with torture, police said.

Visit the BorderReport.com homepage for the latest exclusive stories and breaking news on issues along the U.S.-Mexico border

Juarez has now recorded 65 murders in 18 days, with 11 women among the victims.

“We hope this state response will help us ensure the safety of our citizens,” Chihuahua state government secretary Cesar Jauregui told reporters.