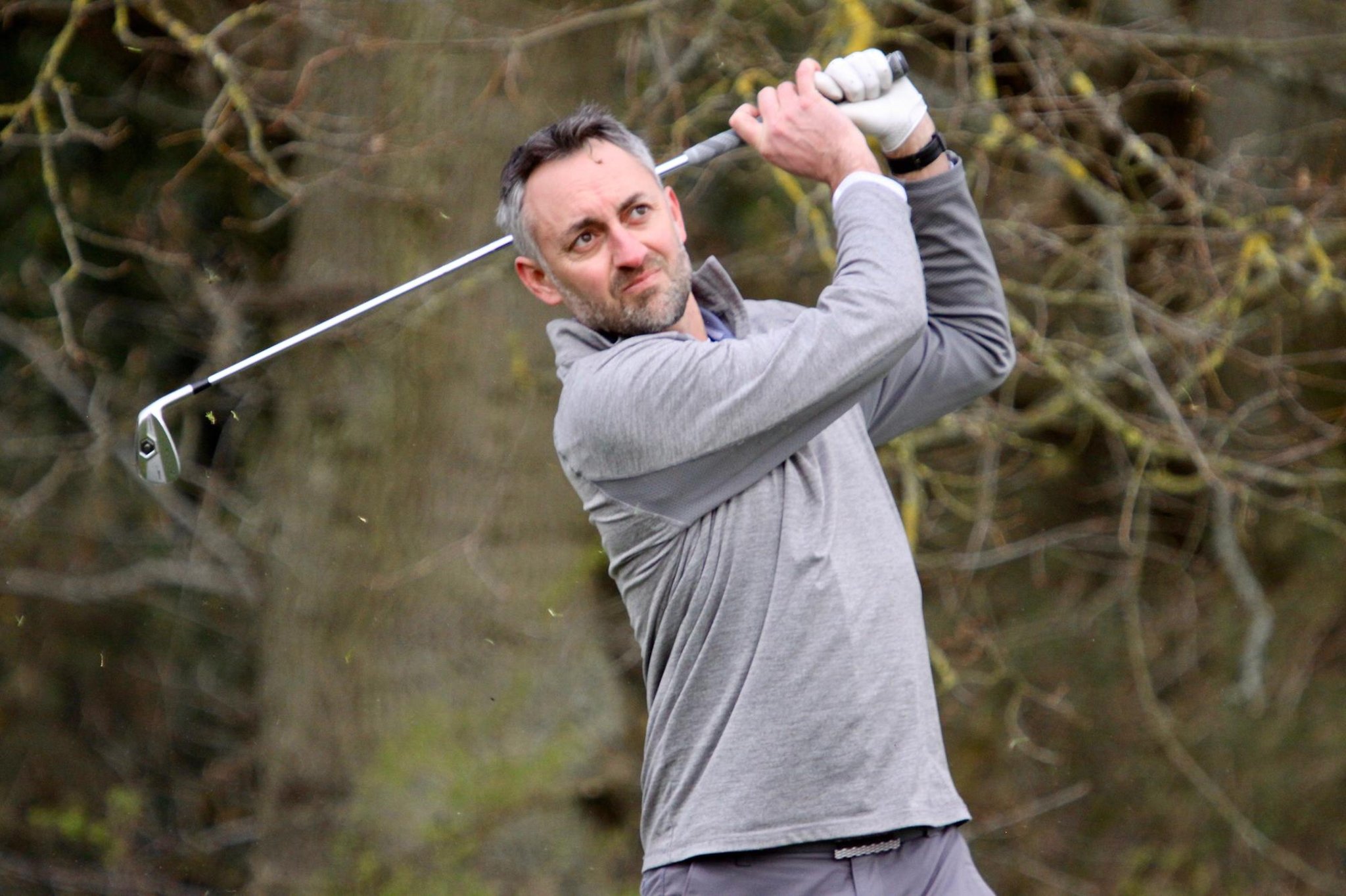 Burgess, who delighted dozens of Blackmoor members at the East Hampshire club with his fairy tale victory in 2009, would like to equal the record of two-time amateur champion Peter McEvoy, who captained two Walker Cup-winning teams in 1999 and 2001.

McEvoy’s back-to-back wins at Selborne Salver in 1979 and 1980 – when he made two of his three Augusta Masters appearances – have never been matched since, writes ANDREW GRIFFIN.

And this despite a table of honors with many stars of the Walker and the Ryder Cup of the future.

Burgess, who has won the Courage Trophy at Hampshire’s Strokeplay Championship twice since 2006, has been working out once a month since Christmas with the Hampshire first team at the new Stoneham training facility, followed by nine foursome holes.

The long-serving Blackmoor member said: “Matchplay, whether foursome or singles, is very different from strokeplay. But all competitive golf helps you prepare for the next tournament.

Burgess would say the early date of the amateur calendar negates any added benefit of knowing the moorland course well.

England squad members’ victories in 14 of the last 22 Selborne Salvers suggest that winter training around the Mediterranean – and competitive golf in Australia, South Africa, Spain and Portugal – have given them given a greater advantage in the preparation.

But Burgess is a firm believer in his abilities, despite being 45 now – around 25 years older than the current generation of young England stars.

He dismissed any notion that the biggest win of his career had increased the pressure and expectation of another victory for Salver, when no other member of Blackmoor has ever got their hands on the trophy in 47 years. of Salver history.

He said: “I don’t think winning in 2009 raised my expectations for future Salvers. I appreciate that this is an important tournament that attracts some of the best players in the country – most of whom are full-time golfers.

“What he has done, however, is give me the confidence that when I play my best, I can win any tournament I’m likely to play.

“Unfortunately I haven’t had my best stuff in April since then, but that certainly helped elsewhere when I won.”

The winner of 11 club championships at the Bordon club is playing well as the 2022 season kicks off, having now fully recovered from the long-standing back problems that finally forced him to have surgery around three years ago and half. .

The pandemic means this weekend will be the first time the Salver has taken place in three years, and Burgess can’t wait.

He revealed: “It was tough in 2020 – a lot of the usual tournament schedule was cancelled. The silver lining was that it meant I could play regularly at Blackmoor which I really enjoyed.

“In a normal year I play a lot more rounds away than there. The course has been great for the past two years with the renovated bunkers on five holes.

“They are now open and looking really good.”

*It’s been 13 years since Mark Burgess made history by becoming the first Blackmoor player to win the famous Selborne Salver.

After a two-year hiatus due to the pandemic, Burgess – and Hampshire’s other leading players – will be looking to compete with the best crop of youngsters

At Blackmoor, the Selborne Salver has been won by the likes of current European Tour players Matt Fitzpatrick and Andy Sullivan, who both made their Ryder Cup debuts in 2016, six and five years after their victory respectively.

Walker Cup caps Jordan Smith and Jack Singh-Brar, a former Hampshire junior champion, have also won the Salver for the past eight years.

In 2003, Ross Fisher took the crown and won the European Tour five times. The Surrey heavy hitter was part of the Ryder Cup winning squad at Celtic Manor in 2010.

A total of 12 Selborne Salver winners have been selected for the GB&I Walker Cup team. Peter McEvoy, Salver’s first winner, was selected in 1979, four months after winning in East Hampshire.

Scotland, who won the trophy in 2003, four years after becoming the youngest player to qualify for the Open in 100 years at the age of 16.

Over the past decade, Andrew Sullivan broke the course record with a 60 on his way to victory in 2011, while Fitzpatrick was unable to defend his title in 2013 because he was on international duty for the ‘England.

But in 2009 Blackmoor finally produced a homegrown champion when Hampshire first-team player Mark Burgess turned down another high-quality pitch in front of a large gallery of club members.

Burgess County team-mate Ryan Moody, winner of Stoneham’s Courage Trophy in 2020 – and Burden’s runner-up in the Hampshire Order of Merit last year – is the team’s fifth member on the pitch.

The Selborne Salver, played for the first time in 1976, would have celebrated their 45th champion in 2020… but will only have to wait a few days to crown their last