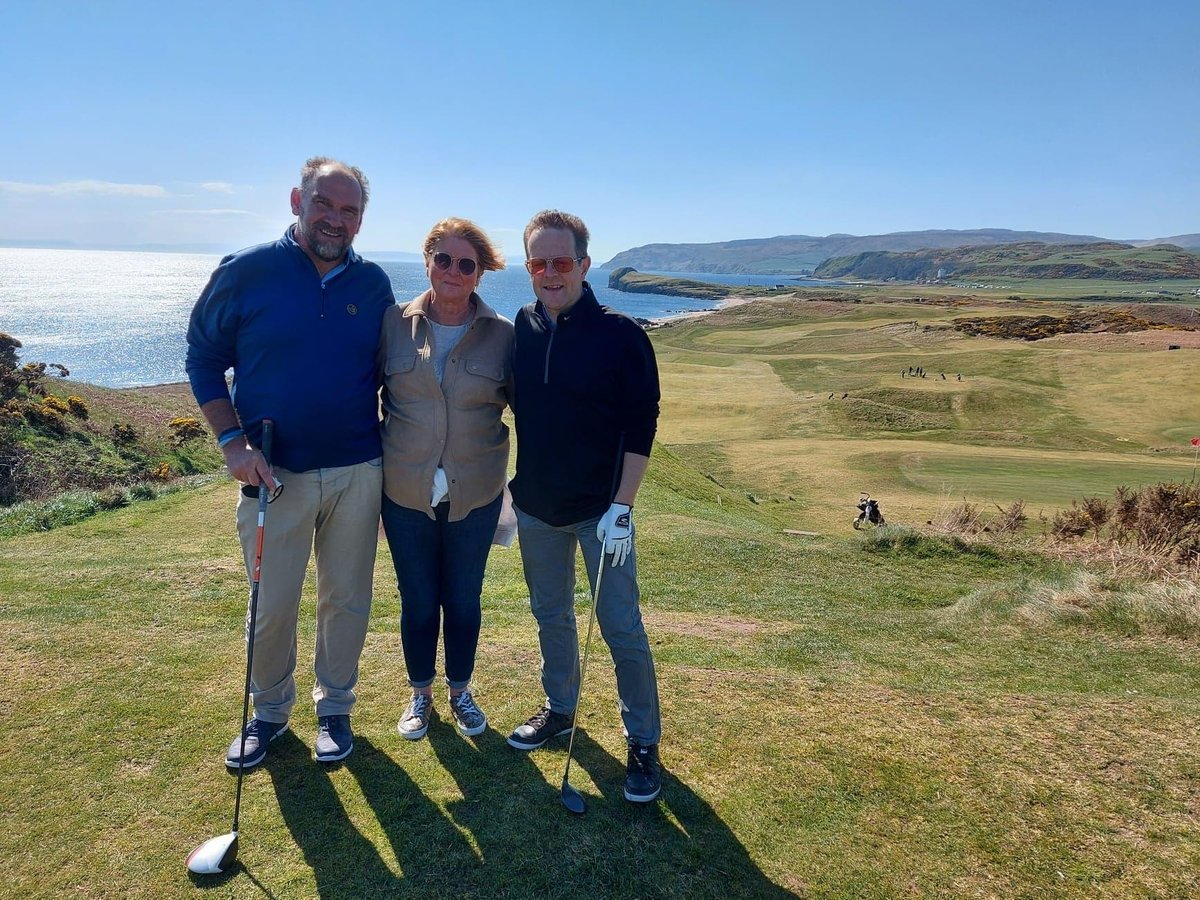 Why? Well, I had been invited by Dunaverty Golf Club to take part in the inaugural event in memory of Jock MacVicar, longtime golf correspondent for the Scottish Daily Express and dear friend to many.

There are days when long journeys are not an obstacle and this was one, partly because of the sun but also because of this particular route.

Over the years I have heard many people ask “How do you actually get to Dunaverty?” and that’s actually a good question as it’s located in the village of Southend at the end of the Kintyre peninsula.

As was the case when the Scottish Open was held at Loch Lomond, the first part of my journey from Fife was to head to Stirling and then to Balloch where I picked up another golf writer, Nick Rodger.

It seemed strange then to end up heading north on the west side of Loch Lomond when our destination was south of Scotland, but that’s the way to Dunaverty by car.

And what a fantastic journey it is as you turn left towards Arrochar then, after passing through Rest and Be Thankful, descend via Inveraray, Lochgilphead and Tarbert.

It is only after crossing Tarbert that you leave the eastern side of the peninsula and head west, the magnificent view of Jura and Islay awaits you when you see the water again and the continuation of the trip is probably worth the trip in itself.

Southend is beyond Campbeltown and is where MacVicar originated and returned regularly from Glasgow before passing away just over a year ago.

Saturday would have been his 85th birthday and hats off to Dunaverty Golf Club for hosting an event in his memory for ‘The Dean Shield’, a beautiful wooden shield.

It was a two-man event, Nick and I found ourselves playing with fellow local legend Belle Robertson and club captain Donald Brown and, along with my better half, it was one of the most enjoyable of my life.

Seven-time Scottish women’s champion Robertson is 86 and spending around four hours in her company alone was something to cherish.

“Jock, are you looking down on us,” she said, gazing skyward after a disaster on a green, with MacVicar widely known as an abysmal putter.

It was easy to see, however, why even a mediocre putt didn’t ruin his games at Dunaverty because, for me anyway, it’s now top of the list when it comes to ‘hidden’ gems in the Scottish golf.

With the Mull of Kintyre, Dunaverty Rock, Sanda Island and also the northern tip of Northern Ireland as a backdrop, it is a wonderful place to play golf. Yes, some of the holes are weird, but, at the same time, I’ve come across more weird.

Everything about Dunaverty Golf Club, including the welcoming clubhouse, is exactly as Jock has always described it and, fittingly, his legacy is there. His local club made him proud.

In the race for the NH Senate, a whirlwind of activity and a lack of clarity