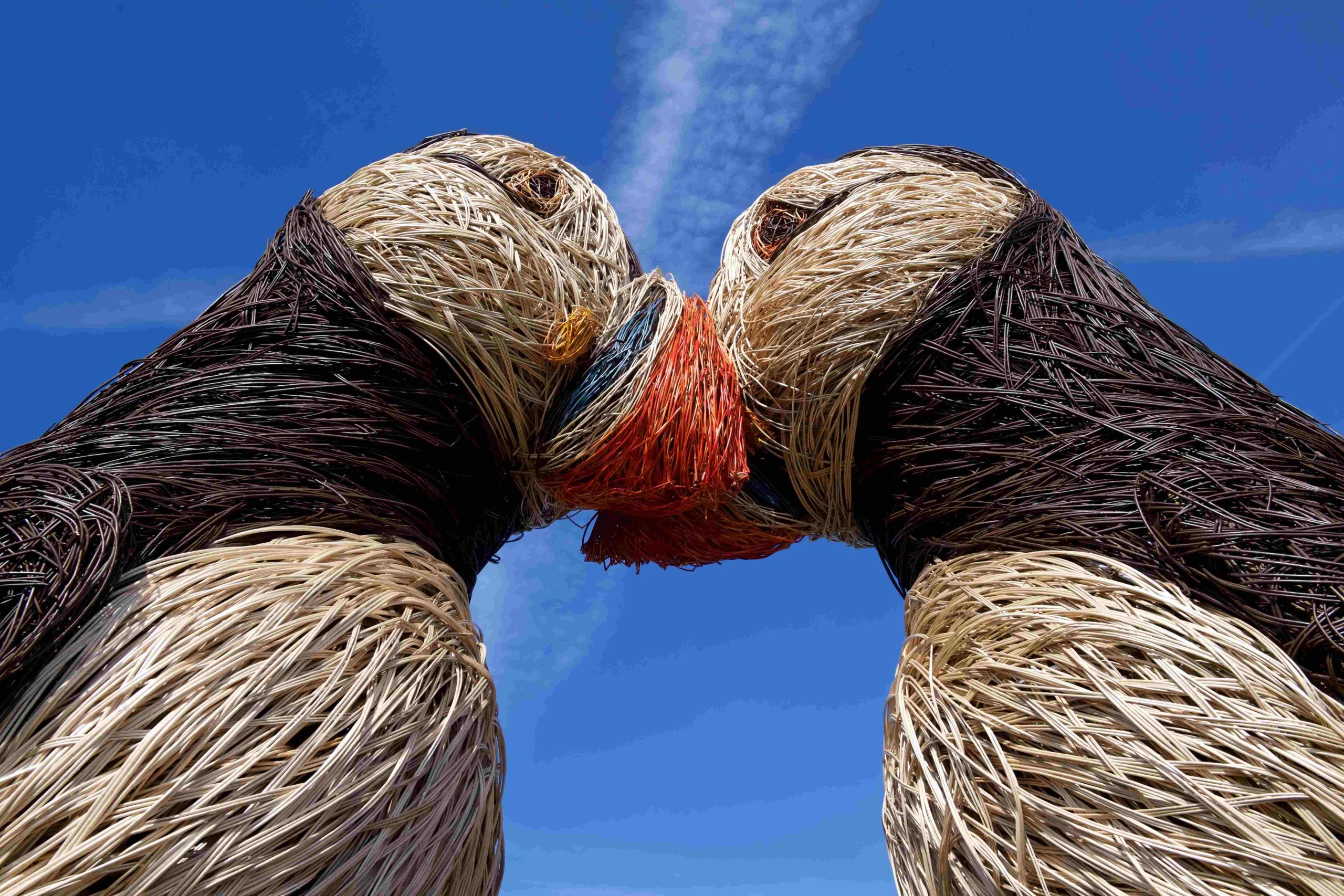 The JERSEY puffin colony has returned to the island despite previous fears that its members perished in stormy weather earlier this year.

The National Trust for Jersey and conservation group Birds On The Edge have confirmed that all four pairs of puffins have returned to their breeding grounds on the north coast – and that at least one puffin chick, or ‘puffling’, has hatched.

Activity has recently been detected at the four nesting sites that are home to the small colony on the island, located in the cliffs between land restored by the National Trust for Jersey at Plémont and La Grève de Lecq. A pair of puffins were also seen carrying sand eels to one of the nests, indicating that an egg had hatched.

In February, Cris Sellares – project manager for Birds on the Edge – urged islanders to watch out for struggling seabirds, when several puffins were found dead on Jersey beaches following bad weather.

“At the time, we thought if any of them came from our colony, we would have problems this breeding season, so we are happy to see them back,” she said.

She added that the return of the eight puffins, as well as their breeding success, suggested they had not been bothered by the giant willow puffin sculptures recently installed in Plémont – or the celebration of “the arrival of the puffins”. held on site shortly. after.

“There were summer camps up there and we were confident it wouldn’t have an impact, so we’re glad our educated guess is correct,” she said.

Birds On The Edge also asks Islanders to respect the guidelines of the “Seabird Protection Zone” in Plémont and Grève de Lecq and not to visit the zone by boat between March and July so as not to disturb the natural behaviors of the birds. puffins, such as incubating, fishing, or feeding their chicks.

The guidelines are already being followed by recreational boat operators, as well as local anglers who visit the area to check their traps.