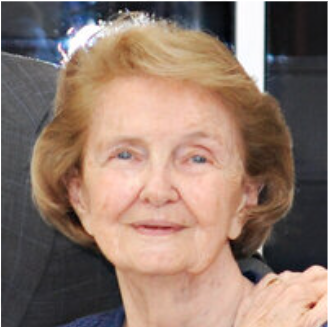 Ruth Richardson Montgomery of Carleton-Willard Village in Bedford, Massachusetts, died September 28 after a short illness. She was 91 years old.

Thereafter, she lived in Darien with her late husband Sigmund John Montgomery, who predeceased her in 2017. In 2020, she moved to Massachusetts.

Ruth devoted her life, abundant love and tremendous energy to her family, her many friends, her Christian faith and volunteer service in her home communities. She was a voracious and always adventurous reader, loving travel, hiking, sailing, theater and concerts.

In recent years, she enjoyed the company of visiting grandchildren and great-grandchildren, with whom she enjoyed reading together and playing lively board games, word games like Scrabble, and charades.

Ruth’s special legacy was her ability to leave everyone she met and knew, for a long or short time, feeling especially special, appreciated and cared for. With that in mind, her family asks that instead of flowers or special contributions to worthy causes, you greet your neighbors with a smile and ask how they are, and think of Ruth and the love she brought. to every neighborhood where she lived.

On October 2, 2021, a brief funeral service was held at Lakeview Cemetery in New Canaan, followed by a memorial service.

— an obituary of Bedford Funeral Home, where online condolences can be submitted