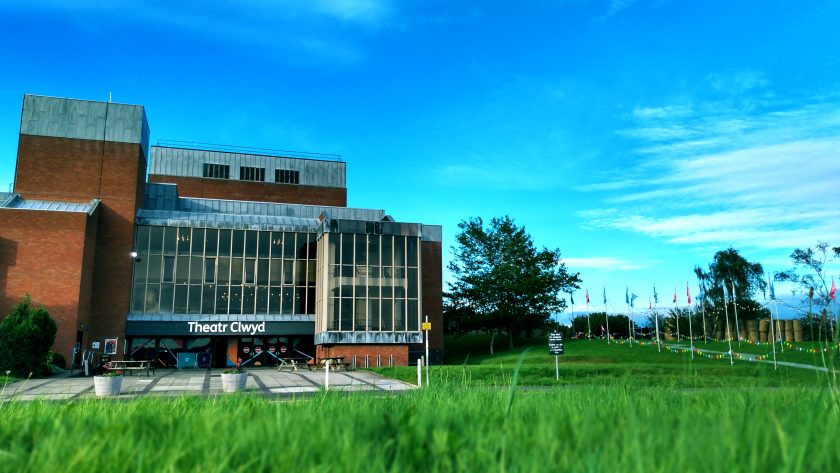 The venue welcomes the return of many community artists who have not been able to take the stage since before the pandemic.

Celebrated Virgins, a story from the Ladies of Llangollen (May 20-June 4) is an all-new production written by Katie Elin-Salt and directed by Eleri B Jones. Based on the true story of Eleanor Butler and Sarah Ponsonby. When they fell in love, they were forced from their homes and cast out by society. Settling in Llangollen, they became minor celebrities, forced to see their own lives written by those who could never understand. Now they’re back, ready to take on the story that’s rightfully theirs – on their own terms.

A pretty shitty love (July 8-23) is a drama based on the true story of a couple and their journey. Hayley wanted to fall in love – find her prince. She never found it, she never looked in the right place. Then came Carl. This is a new play by acclaimed playwright Katherine Chandler and directed by Francesca Goodridge. This show contains difficult themes.

There are also two new musicals co-produced with Theatr Clwyd this season. The first is milky peaks (April 1-12) Milky Peaks: The warmest welcome to the cold heart of Snowdonia. However, beneath the sparkling pebbles, strange forces arise: both political and supernatural. Can three lost souls and a seedy drag queen save the hearts of the community? milky peaks reunites writer Seiriol Davies with collaborators Matthew Blake, Alex Swift, Dylan Townley and Áine Flanagan, the producers who co-created the critically acclaimed film How to Win Against History. Advice 14 years and +

Second in the fall season The Famous Five: a brand new musical (September 23-October 15). Based on the multimillion-selling novels by Enid Blyton, this all-new musical written by Elinor Cook, with music and lyrics by Theo Jamieson, is an exciting and heartwarming family treat celebrating adventure, bravery and friendship for all ages 7 and up. The show will be directed by Tamara Harvey, artistic director of Theatr Clwyd, and will be co-produced with the Chichester Festival Theatre. When George and his dog Timmy find out his cousins ​​Julian, Anne, and Dick are coming to stay, they’re pretty sure the whole summer is ruined. But in the bay is the island of Kirrin and a ruined castle full of mysteries to solve. Together, they embark on a daring mission with the future of the planet at stake – a mission that may well be the creation of the Famous Five…

The pantomime offered this fall will be Robin Hood, Rock’n’Roll Panto! (November 19-January 14) The show will include all the sing-along songs, fabulous dresses and dazzling backdrops you are used to. The venue can now announce that beloved panto lady Phylip Harries will return for all the usual panto fun.

The venue once again hosts the National Dance Company Wales with their trio of dance performances Another (May 10-11) and Ballet Cymru present their debut album Mold, Dream (May 29) a vibrant, fresh and joyful new ballet based on Shakespeare Dream of a summer night.

There’s plenty of comedy this season with monthly comedy clubs as well as by Mark Watson To display It can’t be that (June 12) after its postponement in January. Kiri Pritchard-McLean bring his tour Home Truths (October 30) as she returns home to Anglesey talking about everything from rescuing chickens to learning Welsh.

This summer sees the return of Family Arts Festival (July 29-31) the weekend will be filled with low-cost boredom-busting events, activities, workshops and shows. Keep your eyes peeled on social media for more details. If you can’t wait for it, come and experience Julia Donaldson’s much-loved children’s story The Gruffalo (May 13-15) full of songs, laughter and monstrous fun, also join Twirlywoos live! (May 20-21) for an adventure in their big red boat.

With the music of Dionne Bennett and the Royal Welsh College in their performance blue summer (June 22) and Rush Theater presenting The king of reggae (May 1) there is something for everyone and more classical music concerts will be announced on May 8.

Members of the Clwyd Theater enjoy priority booking through March 22, when all events go on sale to the public.

To book these and many more, please visit Theatr Clwyd’s website www.theatrclwyd.com or by calling 01352 344101. If you would like to become a member or to find out more about the exclusive benefits of membership, please visit www.theaterclwyd.com/give/membership

Did you spot something? You have a story? Send a Facebook message | A direct message to Twitter | Email: [email protected]

Be informed of
news from all over north wales