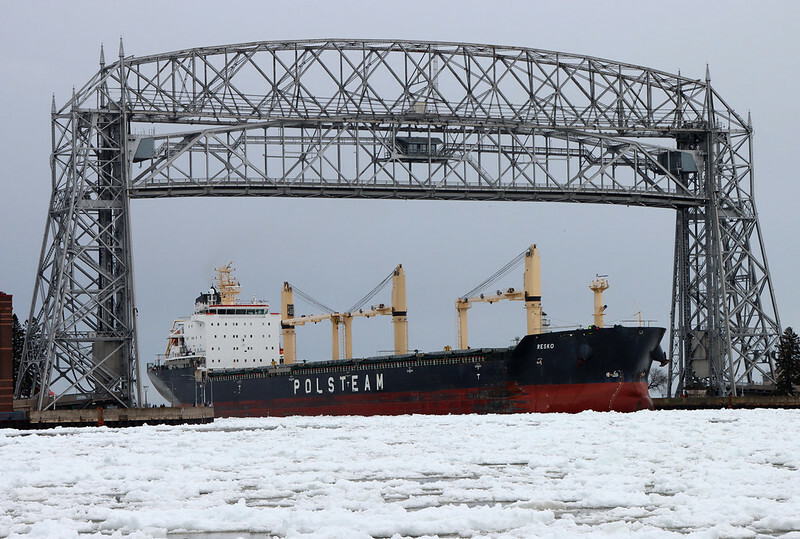 US grain and coke exports boosted overall shipment volumes through the St. Lawrence Seaway in June.

Total cargo tonnage shipments (March 22 to June 30) through the St. Lawrence Seaway totaled 11.9 million metric tons, down 8.3% from 2021 but up from April, when they were down 18% at the start of the season. Other system-wide highlights include an increase in project shipments such as wind energy components and a 55% increase in coke shipments, including exports to Europe for the production of cement.

U.S. grain shipments through the Great Lakes-Seaway system totaled 414,000 metric tons from March 22 to June 30, up 37% from the same period in 2021. Much of the increase was due to corn and soybean exports.

The increase in shipments, which are headed mainly to Europe and North Africa, is partly due to changing global patterns of grain trade as the conflict between Russia and Ukraine, two major grain exporters, continues.

“International trade has been a major driver of Great Lakes-St. Lawrence Seaway is shipping this season, with corn, soybeans, coke and containerized cargo outbound and steel and wind energy components shipping,” said Bruce Burrows, President and CEO of the Chamber of maritime trade, in a press release announcing the June figures. “American businesses recognize that having this reliable and cost-effective route of trade and transportation is more important than ever, especially in these times of high inflation and uncertainty.”

June 2022 was a strong month for the Port of Toledo, with shipments for the year exceeding 4.5 million short tons, up 22% from the same period in 2021. increases in all cargo categories other than liquid bulk,” said Joseph Cappel, Vice President of Business Development for the Port Authority of Toledo-Lucas County. “Our grain tonnage is more than double what it was in the same period last year and iron ore and coal have also increased significantly. With our three main commodities ahead of the last year, we should expect a strong second half of our shipping season.

The port also shipped petroleum coke to other US ports as well as to Portugal, the Netherlands and Ontario. The Port of Toledo is also in full construction season with capital improvement projects underway at Toledo Shipyard, general cargo facility and dredged material processing center. The Toledo-Lucas County Port Authority is also working with the Ohio Department of Natural Resources on several water quality improvement projects involving the creation of wetlands in the Maumee River and its tributaries.

At the Port of Duluth-Superior, limestone and general cargo shipments were the highlights of June. For the month, Duluth-Superior hosted 433,143 short tons of Michigan’s versatile chalk rock, which pushed the season-to-date limestone total above 1 million short tons and 14.3% in ahead of the five-season average. Limestone has many uses, including as a building stone for construction and in the manufacture of cement.

Inbound wind power cargoes and bagged minerals boosted general cargo in June, with nearly 13,000 short tons arriving at Duluth Cargo Connect facilities. This float brought total general cargo tonnage since the start of the season to 27,280 short tons, which is 33% above the five-season average pace through June 30.