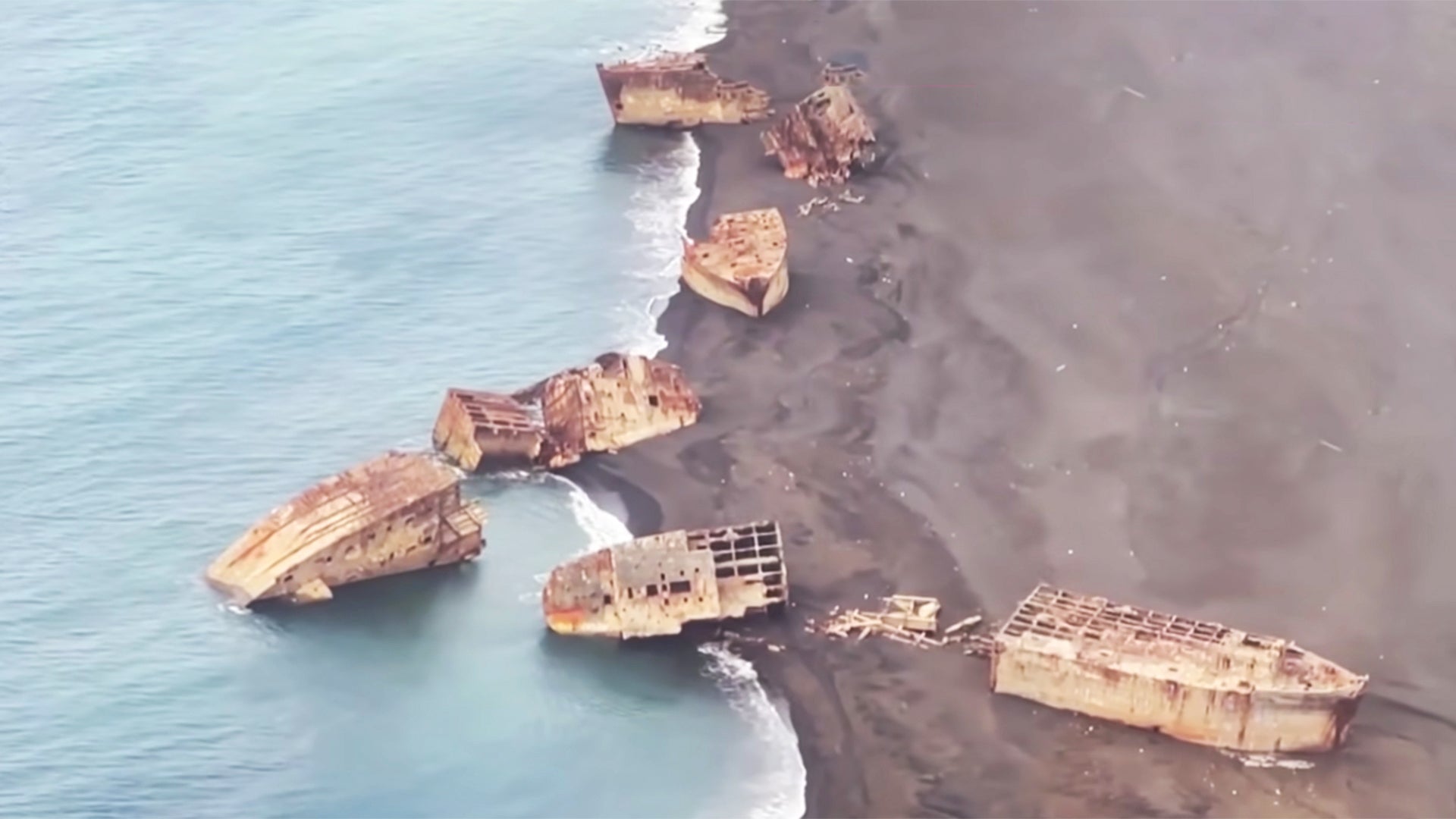 To be clear, these ships are not victims of battle; instead, the US Navy intentionally scuttled them there in 1945 after taking the island in an attempt to create a man-made breakwater for a planned port. Several of these are reinforced concrete barges, ships built to support naval operations and not necessarily for a direct combat role. Four of them are old freighters, at least one of which is Japanese according to navy documents. As the the island rises from 10 to 30 inches per year – the beach where American forces landed in 1945 is now over 50 feet above sea level – they “pass” from relics on the open sea to strange monoliths on land.

We are able to confirm that several ships are reinforced concrete barges not only because of the close-up photography which reveals their composition, but also because of the archival documents and first-hand accounts of the operations on the island. during the war. In a digitized part from his book In search of angels, the late Staff Sergeant Arvin S. Gibson reported that On March 17, 1945, the Seabees were going to “sink old concrete ships off the beach to provide a breakwater for our DUKW operations”, a DUKW being a popular type of light amphibious vehicle used for landings. maritime. . They were having trouble in the rough ocean waters, and a breakwater would have made it easier for them to land.

Volcanic activity in Japan pushes abandoned ships out of the ocean

Observation of “unusual activity” prompts search for the body