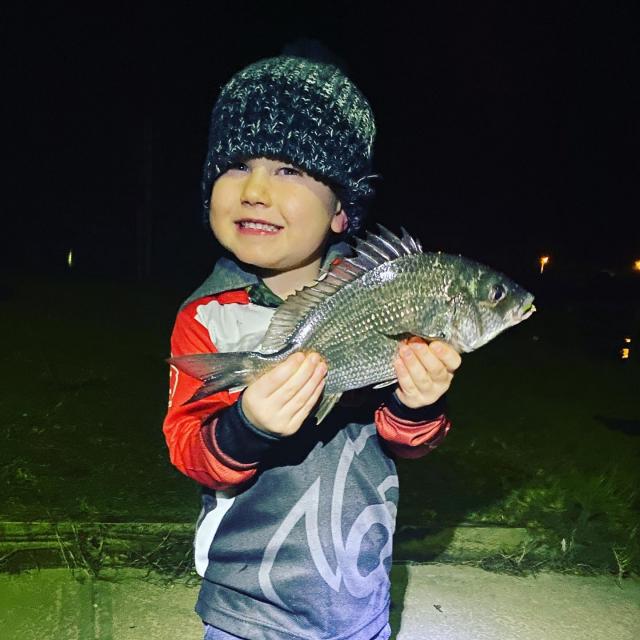 A weekend of WILD weather kept all but the biggest boat tucked away in the shed, but those who braved the wet weather were rewarded for their efforts.

Tuna was the star again this week, with fish from 12kg to 130kg caught off Port MacDonnell in what some of the region’s most experienced tuna anglers have already called the best season they’ve ever had. never seen.

The fish are starting to spread out a bit more now, with some being found in 25 meters of water, up to around 90 meters.

They’ll be moving around every day, so keep an eye out for birds and sea life – they’re usually a pretty reliable indication of where the fish will be.

The red hot skirts this year were the super redbait ZAKATAK and the exocet BONZE but don’t be afraid to mix it up a bit.

Spreader bars have made the difference for many fishos when biting slowly, so if you have one, definitely swim in it.

In other offshore news, bottom fishing – weather permitting – has been excellent.

Shark, flathead, nannygai and other reef fish were all in high numbers from 55m and beyond.

The first few days looking a bit dodgy but getting better as we go through the week, I’m sure we’ll see some fish cracking in the boat.

The weigh-in takes place every day at 4 p.m. in the club rooms next to the boat launch, so if you’re in the area, it’s always a great afternoon to check out what’s been sin.

We usually talk little about whiting when the weather is nice, but there were some good catches this week.

As I mentioned last week, the numbers slowly decrease as they go, but the size gets better and better.

Racecourse Bay, Cape Douglas, Blackfellows Caves and Carpenter Rocks are all worth trying over the next few days as the winds and seas settle in.

Surfers found some nice fish this week despite the weather.

The salmon guys loved this tough stuff spell – it’s just what the salmon needs to kick into high gear.

Larger fish have been taken from the back beaches of Canunda, the most productive to date being Geltwood, Oil Rig and Channel Rock.

Casting lures or bait are two productive ways to target salmon, so depending on what works for you, you’ll usually catch a few fish.

There were a few keen fishos hanging out in the same areas after dark, targeting shark, with quite a few nice landed.

A fillet of fresh salmon returned to the gutter is a sure way to grab the attention of any toothy creature.

Closer to home, the salmon at Carpenter Rocks are starting to heat up, with some fine fish from Red Rock and Lighthouse Bay reported.

Size is about the same as Beachport, fish up to 1.5kg, but I can’t see it being long until the bigger fish come through.

Waders chasing gar this week have found other beautiful fish in most of our productive hotspots.

Livingston Bay, Nene Valley and Cape Douglas have been productive areas for the most part, while boaters find fish in the same places, as well as the east end of the Port MacDonnell breakwater and racecourse bay.

By most reports, other species such as mullet, salmon trout and tommies are still quite thick, so you’ll probably catch a few too.

The River Glenelg has been productive for sea bream fish this week, with some fine fish coming in from all the length of the river.

My young Finn and I fished last Thursday evening off the Endeavor Landing in Nelson for about an hour after work and managed half a dozen bream between us at 35cm, all caught with unweighted white bait.

The whitebait trend seems to continue upriver as well and it doesn’t matter if it was freshly caught from the river or frozen in the tackle shop, the bream are still happy to eat it.

Perch news has mostly been upstream this week, with live minnow being the most productive bait.

You’ll always get some on other baits too, so don’t be discouraged if you can’t find any livies.

News from the mullway over the weekend was slow but I heard of a handful of live mules captured in the estuary… I just don’t know how many or what size.

The forecast for the weekend looks very average for the moment, but it’s still a long way off.

Hopefully it gets better before the tuna competition.

See you next week, safe fishing.

What is – and not – a personal loan for